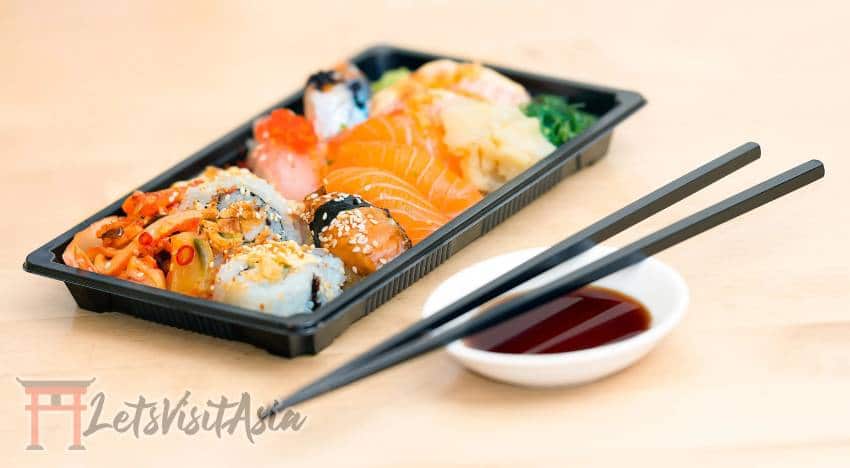 Japanese food has become increasingly popular over recent years and for good reason – it has top-quality fresh ingredients, unique cooking methods and an emphasis on flavor.

Japan even boasts numerous Michelin star restaurants, including Tsuta Tokyo among others.

However, despite the abundance of delicious food in Japan, the obesity rate remains at a low 3.6%. People are able to stay slim despite having access to some of the best food in the world.

Which leads us to the quesiton…

What are the Diet Secrets Behind Japan Eating Habits?

Japan eating habits include a range of contributing factors resulting in healthy diets and moderation; one of the key aspects to a healthy Japanese diet is the amount of food.

This may sound simple but Japanese portion control is actually quite interesting. And effective.

We’ll explain all below. 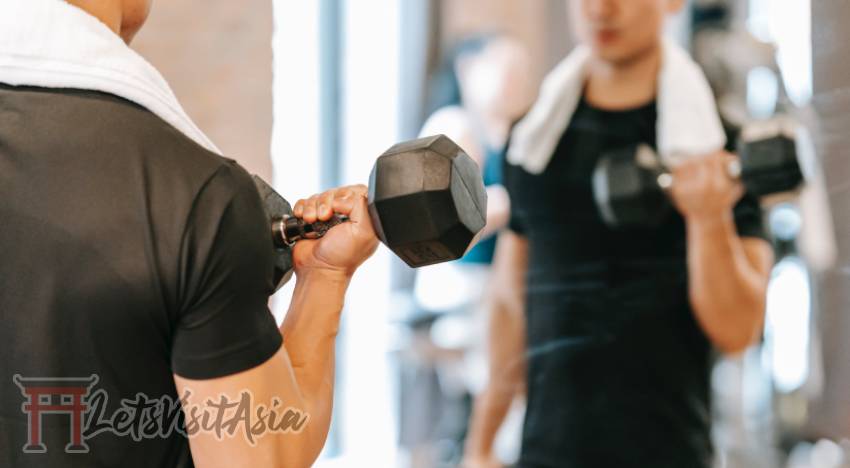 There is rarely a significant effort being made to limit one’s portions, but the style of serving and eating naturally has the same effect.

Japanese meals are usually served as a selection of small dishes, rather than one large plate with all the food, as is customary in Western countries.

Each part of the meal in the Japanese diet has its own separate plate; this is useful as it means each time you take food from one of the plates, it is a distinct choice.

When one plate of food is in front of you it’s easy to go into ‘autopilot eating’ and just keep eating everything on the plate, regardless of how you actually feel.

Making a choice to take each new part of your meal requires you to think about whether you’re actually still hungry or not. As a result this allows for eating to become a more thoughtful and considered process.

Another contributing factor is the method of eating. Most meals in the Japanese diet are served with chopsticks as the main utensils.

A key characteristic of chopsticks is there is a limited amount of food you can pick up at any one time. Each bite is small and measured.

Using chopsticks can sometimes be a fussy process, a factor which contributes to the overall result of slow eating.

Eating slowly and mindfully allows you to take note of how you’re feeling throughout the meal and when is really enough for you.

It also has the added benefit of allowing you to savour your food more. If each mouthful is slow and measured, you are able to fully enjoy the flavour of that one bite.

There is also a common Japanese expression which helps with not-overeating and maintaining natural portion sizes. “hara hachi bu”, or “eat until you are 8/10 full”, advises that you should stop eating when you feel you are 80% full.

The above saying has been backed up by science; it is now common knowledge that our brains process information slower than the stomach provides it.

This means there is a window of time where your stomach may be full but your brain hasn’t yet processed it. Therefore, if you stop eating when you feel 80% full, it is most likely that your stomach is actually full and you just haven’t felt it yet.

Within 10-20 minutes, the feeling will catch up. And is ultimately a great way to avoid overeating.

While many of the factors contributing to Japan’s healthy eating are related to way of eating rather than actual food, there are some aspects connected to the ingredients used in Japanese meals.

Japanese cuisine has a strong focus on seasonal and fresh ingredients. As well as using food at peak season, when it’s at its best and savouring the perfect flavour of that time.

The freshness of ingredients is heavily emphasized along with the natural flavours of food. This means heavy seasoning and spices are not common in Japanese food, which can allow for a healthier digestive system.

A number of popular Japanese foods are also very beneficial for overall health.

This includes items such as tofu, which has a high level of protein and amino acids while being low in calories and cholesterol. If you’re interested in high protein foods in Japan, you can learn more in our Best Japanese Foods for Bodybuilding article.

Seaweed is another popular food and is consumed in a variety of forms, including side dishes, seasonings and most famously, as a layer of sushi.

Admittedly though, we do still use our Performance Lab Nutrigenesis Multi as “nutritional insurance” to ensure we do intake enough nutrients on a daily basis, even though Japanese foods are nutritionally dense.

Finally, the yin to the yang of diet, is exercise.

Gyms in Japan are not very popular for the general population. However, most people do a large amount of walking and/or cycling on a daily basis.

As most people rely on public transport for general commuting, walking to and from train stations can easily add up to at least a few kilometres in a day. 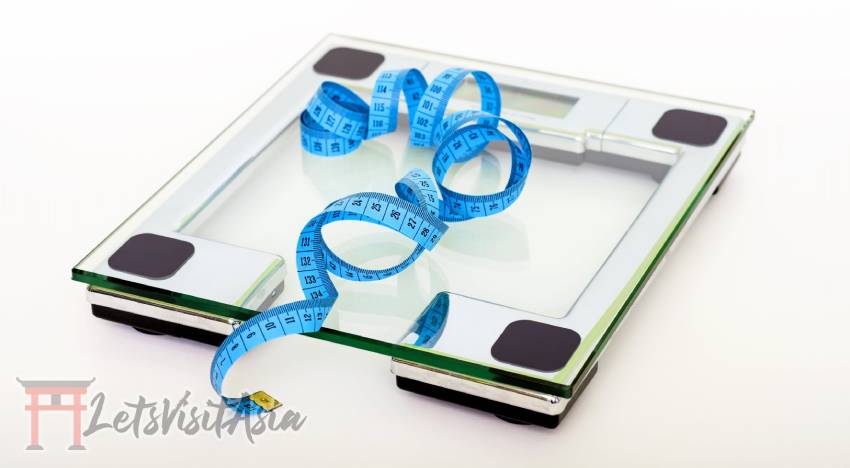 Japan is well-known as the home of both delicious cuisine and the healthiest people in the world. With long lifespans and low obesity rates, it is clear that the Japanese diet is beneficial to maintaining a healthy weight.

This is achieved through a variety of contributing factors, from the way food is served to the focus on the food itself.

By incorporating aspects from the Japanese way of eating into your general diet, it is possible to improve your health and maintain a natural weight.