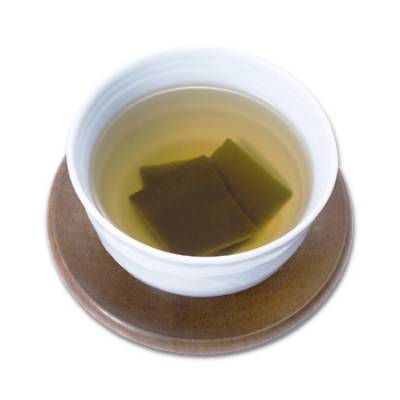 Kombucha has gained popularity in recent times in America, Australia and most countries in the western world. However, people often forget that it originally came from Japan.

That being said, it’s also important to note that both Japanese Kombucha and Kombucha found in America (and other western countries) are completely different drinks.

Confused? Don’t worry, we’ll take you through everything you need to know about Japanese Kombucha in this article.

Let’s start with the basics.

In Japanese, kombucha is pronounced “kom-bu-cha”. To be more clear, you can also read the pronunciation of kombucha as “kom-boo-cha”.

So how did kombucha obtain its name in Japan?

Well, it’s actually 2 words put into one in the Japanese language:

You’re probably asking yourself why seaweed is relevant to kombucha, so let us explain.

The kombucha you know and love right now doesn’t actually contain any seaweed. But the Japanese enjoyed a tea that used kelp powder as far back in time as the 400 CE Japan – this is where many people believe kombucha gained its name.

If you’re looking for kombucha in Japan, then you’ll want to know that it’s also known as “Kocha Kinoko” by the locals.

Some people brew Kocha Kinoko at home in Japan, so to taste really authentic Japanese kombucha you’ll want to make some friends…

Anyway, let’s talk about what makes the kombucha in Japan different to the kombucha you’ll find in America and the western world in general.

You’ll be surprised to hear that there are many differences between traditional Japanese kombucha and the version found in America. We’ll take you through them all in this section.

The main difference is that Japanese kombucha you’ll find in stores is made using seaweed (kelp) powder mixed with hot water.

So, it’s a hot beverage compared to the cold drinks that come in cans in America.

No kelp used in the western kombucha

Not only that, the kombucha found in western countries is fermented using a symbiotic culture of bacteria and yeast (SCOBY) instead of kombu (seaweed/kelp). So it really is the name “kombucha” that has transferred over to the western world and not the original drink.

More recently, it’s also become easier to find kombucha in America, Australia and the UK that come in different flavors such as lemon, plum, and ginger (among others).

The American version is much more popular than Japanese kombucha

Finally, another difference between Japanese kombucha and the kombucha found in the western world…is that the cold, sparkling beverage that mostly comes in cans and is sold for it’s probiotic benefits is much more consumed in general.

To put this into perspective, sales were reported to have reached $2 billion USD in 2018. And kombucha’s growth in the western market has only increased since then – shown by the likes of Coca Cola and Pepsi co bringing out their own kombucha products.

So, while kombucha may have originated in (and found its name in) Japan, it has transcended into a whole different beast that’s more commonly consumed in the western world.

Can you find American Kombucha in Japan? 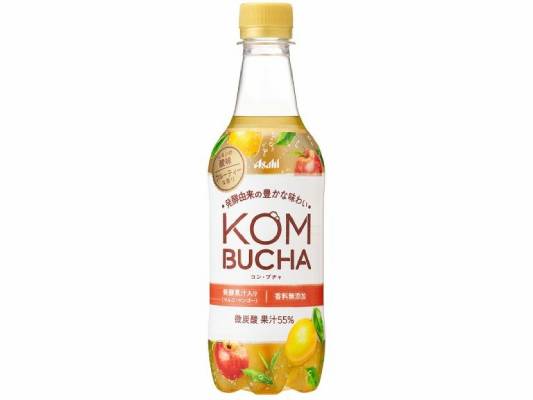 If you’re currently in Japan and are wanting to try the cold, sparkling version in cans, then you’ll be glad to hear that the western kombucha is easy to find in Japan.

In fact, Japanese companies including Asahi are now creating their own versions of western kombucha for the Japanese market; it was in 2020 that FamilyMart (the convenience store chain found in Japan) partnered with Asahi Beverages to create this kombucha, that is a sparkling carbonated cold drink that contains fermented fruit juices.

In summary, traditional Japanese kombucha is a completely different product to the cold beverages with the same name found in America and other western countries.

The main differences between Japanese kombucha and the drink found in the west are: