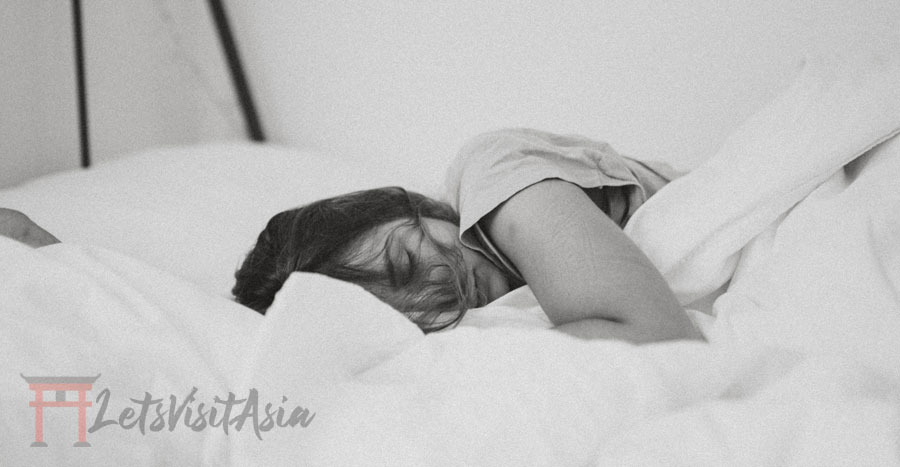 Is Jet Lag Returning from Japan worse than when going there? It depends where you’re returning to…

Jet Lag is arguably the worst thing about traveling around Asia.

Once it hits you like a…plane…*see what I did there?*…you’re often left searching for ways to overcome jet lag once you’re home. Because it’s not pleasant.

Those of you who travel frequently will have most likely experienced more issues when flying east, than when flying west. Don’t worry, it’s not you being weird, this is actually a ‘thing’ – something we’ll explain to you in this article.

I haven’t really managed to ever avoid jet lag completely. I usually take my favorite natural sleep aid (check my Performance Lab Sleep Review for more info) to help ‘fix’ my circadian rhythm, which does tend to work.

But it has been confirmed by numerous sources that jet lag can be worse when flying out to, or returning from, different countries.

What is Jet Lag?

I figured that starting by answering this question will help you understand with what jet lag actually is. As well as the symptoms and causes.

In short, Jet Lag is classed as a temporary sleep disorder that can affect anyone who travels across more than one time zone in a relatively short space of time (eg. on a flight).

The symptoms of Jet Lag usually improve after a few days. And a week after your return, you should be back to your normal routine again.

The last symptom on the list (dehydration) can be aggravated by long-haul flights; cabin pressure the dry air during flights can cause excessive dehydration if you don’t keep drinking water. 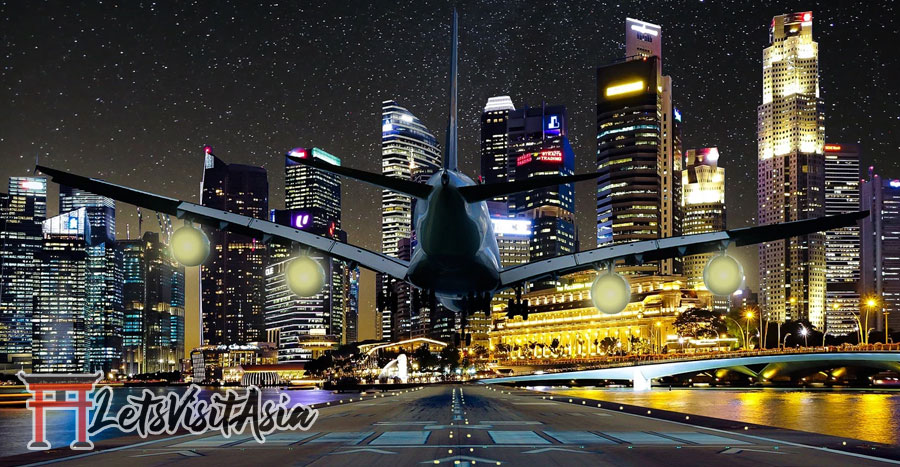 Since I’m mainly based in the US when I’m not travelling Asia, I thought I’d answer this question first: is jet lag worse when returning from Japan to the USA?

You’re probably asking yourself why, so let me explain…

Fact: Jet Lag is worse when travelling Eastward than westward

The above statement probably sounds like something I just made up in order to write this article. But I can assure you that there is actually scientific backing to why this is the case.

A clinical study conducted by Zhixin Lu et al.,1 concluded that this is due to you having to travel forward in hours or days when flying east. This results in you ‘losing time’ and arriving ahead of what your natural circadian rhythm (often referred to as your ‘body clock’) is normally at.

For example, Japan is typically around 13-16 hours ahead of US time depending on where you’re based in the US:

Taking into account that the flight time is 14 hours from New York to Japan, there’s a lot of opportunity for your circadian rhythm to become confused and out of sync.

As a result, you might be forced to eat breakfast when you’d otherwise be asleep. Or ready to sleep in the middle of the day in Japan, when you’d be asleep in the US etc – you get my point here…good job there are Nap Salons in Tokyo, eh?

Since jet lag tends to be worse when flying east, you shouldn’t have as much of an issue when returning from Japan to the United Kingdom (UK).

You would have suffered worse jet lag when originally travelling to Japan from the UK (since you would have traveled eastward).

So there is some good news; if you’re suffering from jet lag after returning to UK, then you should recover much quicker than you did when landing in Japan for the start of your holiday or travels.

Still, we know that jet lag is never fun. So we’ll be sure to give you some tips to help you recover as quickly as possible and get back to your normal routine. 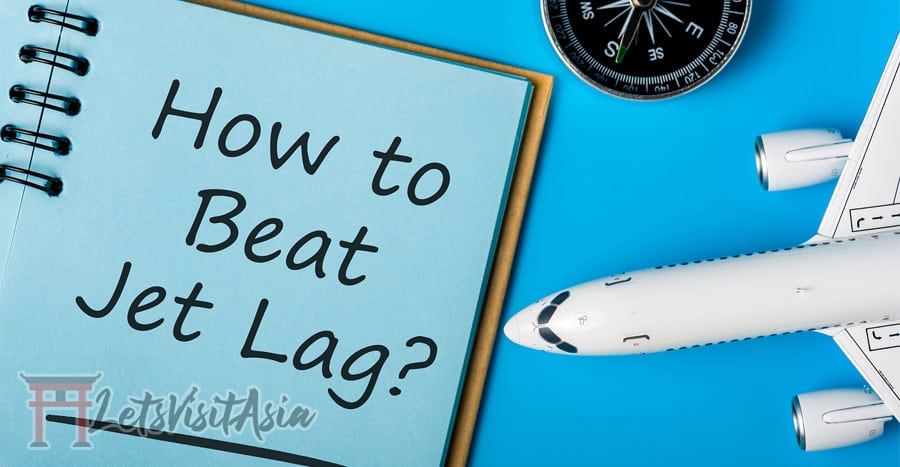 How to Overcome Jet Lag Once Home

As mentioned at the start of this article, I haven’t been able to properly avoid jet lag completely before.

However, after consistently travelling around Asia (most significantly for this article, Japan) and back to the USA countless times, I have become pretty good at recovering from Jet Lag.

Here are my top tips for overcoming jet lag once you return home from Japan, whether its to the USA or UK:

I know tons of people who love to drink beer or wine before and during their flight.

It’s almost become a ‘ritual’ to have a pre-flight beer now for many of you. But my biggest recommendation is to stay hydrated by drinking water and avoiding alcohol.

The reason for this is because it’s easy to become dehydrated during a flight; the air quality and cabin pressure aren’t optimal living conditions for your body, and drinking alcohol can aggravate the issue.

Call me a ‘party-pooper’ all you want. This stays as my top tip for giving yourself the best chance of recovering from jet lag as quickly as possible.

Everyone who knows me, knows that I keep a bottle of a natural sleep aid handy at all times during my travels around asia.

The best sleep supplements contain a natural source of melatonin called Montmorency Tart Cherry; this is much better than taking synthetic Melatonin directly, due to synthetic melatonin being known for causing drowsiness/grogginess the following morning.

So why is melatonin important to help overcome jet lag?

Jet lag is caused by a disruption to your circadian rhythym. We’ve already established that earlier in this article.

However, you might not have known that your circadian rhythym is controlled by melatonin; this hormone is naturally produced by your body at night (when it gets dark) and also controls your body temperature while you drift off to the land of sleep.

The issue when you’re jet lagged is that your body won’t be producing melatonin at the ‘right’ times, as you most likely adapted to a new time zone.

As a result, taking a sleep aid containing Montmorency Tart Cherry (the highest natural source of melatonin available) will increase your melatonin levels before you go to bed.

If you’re in doubt, then there are actually tons of clinical studies that have proven the effectiveness of Montmorency Tart Cherry on sleep time and efficiency 2.

3. Set Your Watch/Smartphone Back to Your Time Zone

As soon as you board the plane to return back home, change the time on your watch and smartphone back to your time zone at home.

Airliners in recent times have made an effort to match the time zone of the destination on flights now. So much so that they’ll turn the lights off during the nightime of the destination – so this will also help you mentally prepare to be back at home again.

As the saying goes: ‘every little helps’. So changing the time zone of my watch and smartphone is something I always do when boarding planes.

It’s become common knowledge in recent times that blue light exposure at night can contribute to insomnia and disrupt your circadian rhythm – not something you want when you’re already jet lagged.

The problem is that artificial ‘blue light’ is everywhere; you’re exposed while you look at the screen of your smartphone or computer right now.

A clinical study conducted in 2011 3 actually concluded that blue light can suppress melatonin in humans. Which isn’t good, as melatonin plays an important role in deciding your sleep-wake cycle.

The good news is that you can try to avoid blue light exposure by putting your smartphone down before bed.

If you make sure not to look at any digital screens before or while in bed and avoid fluorescent lights, then you’ll give yourself the best chance of ‘fixing’ your circadian rhythm and overcoming jet lag after returning home from Japan.

We all know what it’s like. Being unable to sleep while lying in bed is among the worst feelings in the world – it might even be why you’re reading this article right now.

Remember, though. It’s important to stay calm and relax.

Easier said than done, I know…But If you stress yourself out, then you’ll just stay awake for longer.

Try reading a book before going to bed to take your mind off the fact you’re struggling with jet lag. Just don’t worry about being jet lagged – it’s completely normal and every single one of us will have experienced it before. 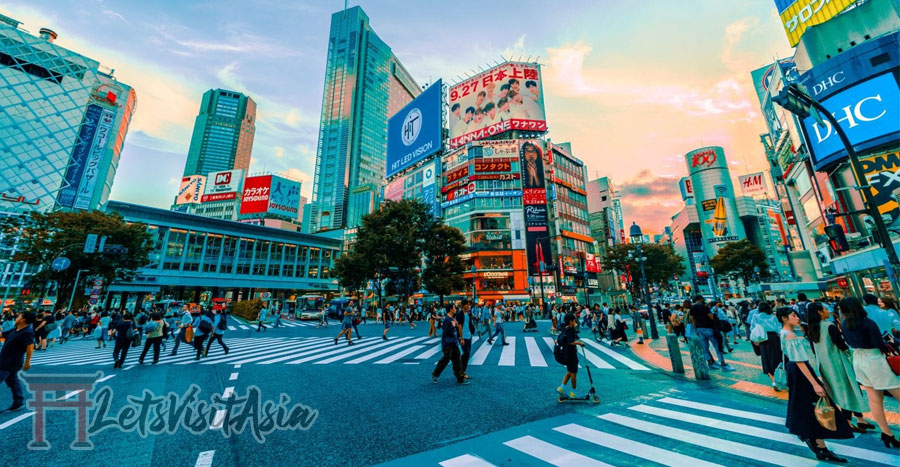 Hopefully I’ve answered any question you had regarding jet lag after returning home from Japan. But if I missed anything, feel free to leave me a comment and I’ll be sure to answer any questions there.

If you’ve skimmed the whole article looking for quick answers, the main points from this article are:

A few days of Jet Lag is always worth the trip

I’ve mentioned it already, but I always swear by natural sleep aids containing montmorency tart cherry; I really believe that it helps ‘hard-reset’ my circadian rhythm and get me back into my normal routine, much quicker than if I tried to overcome jet lag without it.

Ultimately, you might struggle with jet lag for 2-5 days when you return from Japan. But just remember that you’ll come away with memories for a lifetime – not a bad trade-off, if you ask me!

For me, personally, experiencing slight jet lag is always worth it for a taste of some authentic ramen, okonomiyaki or sushi in the land of the rising sun.

Let me know if you have any magic remedies to defeat jet lag in the comments below!