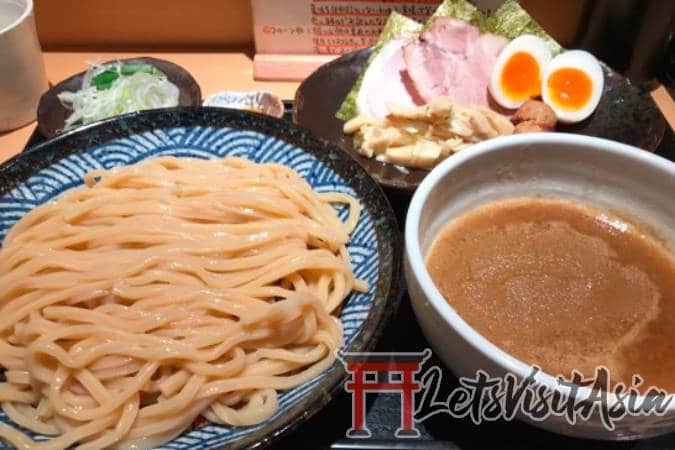 Tsukemen ramen, a tremendously popular variant of ramen in Japan, is a relatively recent concept by Japanese standards.

When a group of former soba masters started a ramen shop on the west side of Tokyo in the early 1950s, they developed a habit of snacking on leftover noodles by dipping them in condensed soup during staff breaks, which eventually became known as tsukemen.

This back-kitchen innovation took many years to find its way onto a restaurant menu, but once it did, the craze caught off like wildfire among diners. It was throughout the 1970s and 1980s that Tsukemen achieved widespread appeal throughout Japan, before bursting during the new school ramen trend of the last two decades. It is currently considered to be one of the most popular ramen types in Japan.

For those who are unfamiliar with the cuisine, the distinction between ramen and tsukemen is straightforward. Tsukemen is a Japanese dish in which the noodles and soup are presented separately. In order to consume the noodles, which are normally served cold or at room temperature, the consumer must first dip them into the boiling hot soup before slurping them down.

Tsukemen soup is typically saltier and richer than other soups, making it suited for dipping rather than sipping and allowing for stronger, more explosive tastes. The noodles are also often larger and chewier than ramen noodles, allowing for greater surface area to convey the soup from the bowl to the mouth when eating it.

Aside from their naked appearance, the noodles’ quality is much more important since they are served alone, making it even more important that they be of great quality. Tsukemen may be prepared using a dizzying array of soups, techniques, and ingredients, all of which are available to cooks all around Japan today.

Miyamoto, a former employee of the venerable Menya Itto restaurant, used his culinary expertise to create a rich and delectable soup utilizing high-quality Niboshi and other dried fish broths as the base. In keeping with the traditional recipe, he includes chicken and hog bones in addition to a variety of vegetables to give the soup a sweeter flavor. However, the overwhelming Umami flavor of the dried fish utterly overpowers this soup….and in a fantastic way. This is a comprehensive investigation.

In recent years, Rokurinsha has achieved legendary status, with ramen aficionados from all over the world travelling to Tokyo Station for a taste of their legendary tsukemen.

After being featured on a variety of television shows and journals, as well as being appreciated by Momofuku chef David Chang, the lunch lines have grown to more than an hour long at the restaurant. However, it is absolutely worth all of the fuss.

It stands up to any other tsukemen restaurant in Tokyo, and you’ll be glad you took the time to wait for it. This is a comprehensive investigation.

Gonokami Seisakujo is without a doubt the most unique tsukemen on our list, and it is also the most expensive. For their soup, they use a specific blend of high-quality shrimp from Tsukiji merchants, and the result is a delicious rendition of Tsukemen.

The noodles are created to compliment the shrimp flavor of the broth, and they are topped with blanched cabbage to brighten the overall appearance and texture of the meal.

A highly recommended establishment for anyone seeking a distinct type of tsukemen experience, without a doubt.

Among the most underappreciated tsukemen spots in the city, Machida Shiruba stands out for serving a distinctive salt-based tsukemen that is light and airy while yet being quite good.

Few people make the journey from central Tokyo all the way down to Machida, but I promise you that you will not be disappointed. The combination of the saltiness of the broth, the delicate citrus overtones, and the chewy noodles results in an outstanding tsukemen.

The noodles at Shinka are made with care and accuracy, so refrain from dipping your noodles in the soup at first; the level of detail and perfection they put into their noodles is unmatched by any other ramen shop I’ve been to.

A best tsukemen list would be incomplete without Menya Itto, the tsukemen’s monarch and supreme authority. The closest thing I’ve ever eaten to a perfectly executed tsukemen is this one, without a doubt.

Niboshi, or dried fish stock, is a superb mix with chicken and hog bone stock to make a delectable soup. The noodles are created to perfection and cooked to perfection to match the soup.

The toppings are properly seasoned so that they enhance rather than detract from the flavor of the soup.

All that is required is that you give it a go.